When a small company gets incorporated, it is actually a C corporation by default since it is also known as a regular corporation. The most fundamental aspect of this business is that it is lawfully observed as an individual entity, which means that it is separate from its owners, and these owners are basically the shareholders of the company.

So, when a corporation gets sued, the shareholders are responsible only to extent of their investment in it. This means the owner’s personal assets aren’t in any danger when the company gets sued, unlike in a sole proprietorship or a partnership.

Since the corporation is a separate entity for the law, it is also observed as an independent taxpayer by the IRS (Internal Revenue Service). And due to this, the corporations are usually subjected to double taxation. A business can select the S corporation status for avoiding the negative aspects of the C corporations, if eligible.

Below are the pros and cons of the C corporations to understand the system better.

Advantages of the C Corporation

Below are the main pros of the C Corporations due to which many choose to open this type of entity:

Disadvantages of the C Corporation

Below are the main cons of the C Corporations due to which many fear to open this type of entity:

So, if you are about to start a business, choose wisely depending on your needs and future plans for the business. IncParadise can help you incorporate your company after you have decided the structure and the type of entity that you want. 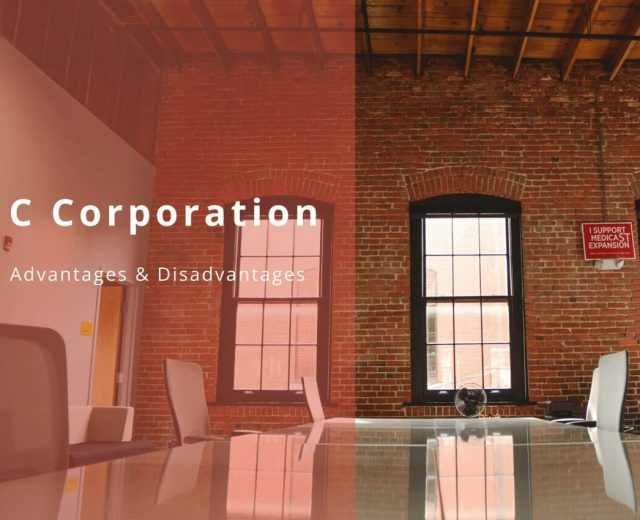 7 Important Reasons to Incorporate Your Business